Reference questions related to prints and photographs can be directed to arts@bpl.org. Many items from the department have been digitized and are available to view and download from Internet Archive and Digital Commonwealth.

The Boston Public Library has built collections by gift and purchase which today total over 130,000 prints and drawings and an estimated 1,000,000 photographs. 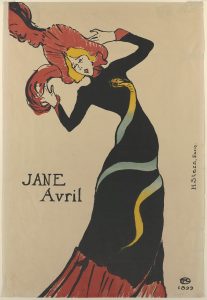 Later major acquisitions included comprehensive collections of prints by Alphonse Legros, Augustus John, Frank W. Benson, the Albert and Robert Maroni collection of the works of Honoré Daumier, and a sketchbook with 72 drawings by Toulouse-Lautrec. The Print Department is especially active in collecting drawings, prints, and photographs by artists with ties to Boston.

Major collections of press photography include the Boston Herald Traveler morgue of 500,000 photographs from 1920 to 1972 and collections by Leslie Jones and Spencer Grant.

Have a question?, opens a new window