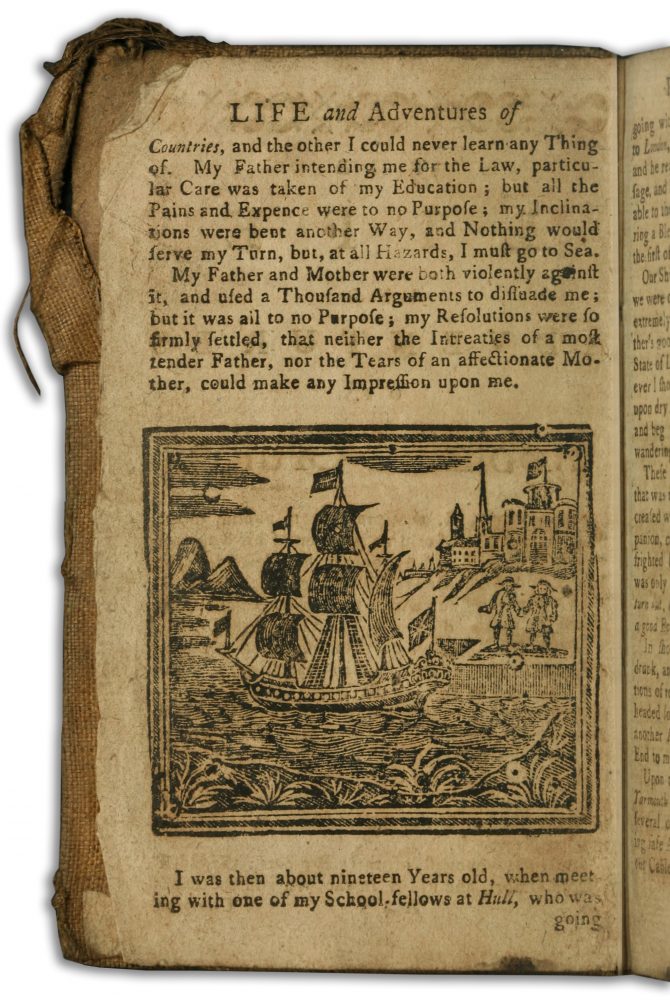 In addition to writing some of the first English novels, Daniel Defoe was a prolific political pamphleteer and is considered by many to be a founder of modern journalism.

The William P. Trent Collection of Defoe and Defoeana is one of the most comprehensive collections of rare and historically significant editions of the works of Daniel Defoe and his contemporaries held by any institution, public or private.

The nucleus of this collection is a set of first editions of Defoe’s works, bound in seventy-seven volumes. Throughout the collection, there are hundreds of the various editions and bibliographic states of Robinson Crusoe, Moll Flanders, and Roxana as well as a set of his Review, a forerunner of Addison’s and Steele’s Tatler and Spectator, and hundreds of his famous political pamphlets. 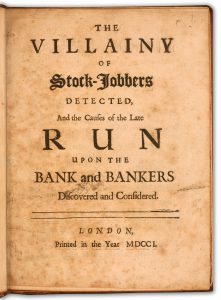 This collection contains many copies of titles not known in any other collection. Some of the rarest include: Brief Explanation of the Shortest Way with Dissenters (1703), the publication that sent Defoe to the pillory for three days; Fifteen Comforts of a Scotchman (1707), attributed to Defoe; a manuscript copy of Balcarre’s Account of the Affairs in Scotland (1714), the preface contributed by Defoe; and an attack on Defoe entitled Stockings out of Heels (1703). In addition, there are hundreds of unique pamphlets as well as numerous sole copies extant of Robinson Crusoe, Moll Flanders, and Roxana.

Gathered by William Peterfield Trent, a Columbia University professor, and acquired by the library in 1929, the collection also includes pamphlets from the times of William and Mary, Queen Anne, and George the First as well as works by John Dunton, Jonathan Swift, John Oldmixon, and John Toland, numerous tracts dealing with the Sacheverell controversy, and a long run of pamphlets concerning the Dissenters or Nonconformists.