For the health and safety of our patrons and staff, all locations of the Boston Public Library are closed until further notice. All online services will remain available.

All locations are closed until further notice. All online services will remain available.

Have you ever wondered what librarians read on their own time? Well, today you can find out! On September 6th, we celebrate National Read a Book Day. In honor of one of the library's favorite holidays, we've put together some snapshots of library staff and the books they're currently reading. Feel like joining in on the fun? Let us know in the comments or on Twitter what book is keeping you company today! 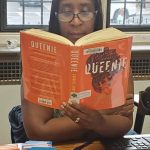 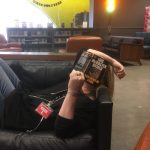 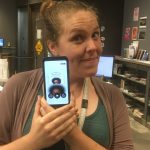 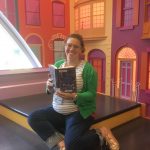 Maggie’s BookMidnight in the Piazza 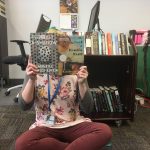 Kirsten’s BooksWe Cast a Shadow & The Scrapbook of Frankie Pratt 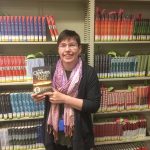 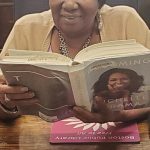 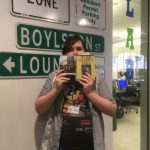 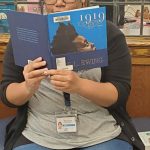 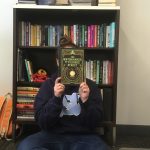 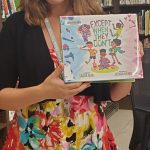 Thea’s BookExcept When They Don’t

Queenie Jenkins is a 25-year-old Jamaican British woman living in London, straddling two cultures and slotting neatly into neither. She works at a national newspaper, where she’s constantly forced to compare herself to her white middle class peers. After a messy break up from her long-term white boyfriend, Queenie seeks comfort in all the wrong places... including several hazardous men who do a good job of occupying brain space and a bad job of affirming self-worth.

Led by Admiral Naismith (a.k.a. Lord Miles Vorkosigan), the Dendarii Mercenaries have pulled off the daring interspace rescue of an entire Cetagandan POW camp. But they have made some deadly enemies. First the Mercenaries’ payroll doesn’t arrive on time, and then someone tries to murder their commander. Now Miles must juggle both his identities at once to unravel the complicated plot against him—and to reveal an unexpected ally. Just who is trying to assassinate which of his personas, and why?

The Awkward Thoughts of W. Kamau Bell is a humorous, well-informed take on the world today, tackling a wide range of issues. They include race relations; fatherhood; the state of law enforcement today; comedians and superheroes; right-wing politics; left-wing politics; failure; his interracial marriage; white men; his upbringing by very strong-willed, race-conscious, yet ideologically opposite parents; his early days struggling to find his comedic voice, then his later days struggling to find his comedic voice; why he never seemed to fit in with the Black comedy scene or the white comedy scene; how he was a Black nerd way before that became a thing; how it took his wife and an East Bay lesbian to teach him that racism and sexism often walk hand in hand; and much, much more.

After moving to Rome with her father, thirteen-year-old Beatrice witnesses a shadowy figure steal the turtle sculptures from a fountain outside her window. And is determined to solve the crime herself when no one believes her story.

In a near-future Southern city, everyone is talking about a new experimental medical procedure that boasts unprecedented success rates. In a society plagued by racism, segregation, and private prisons, this operation saves lives with a controversial method--by turning people white. Like any father, our unnamed narrator just wants the best for his son Nigel. Nigel is a biracial boy whose black birthmark is getting bigger by the day. But in order to afford Nigel's whiteness operation, our narrator must make partner as one of the few black associates at his law firm. He must jump through a series of increasingly absurd hoops--from diversity committees to plantation tours to equality activist groups--in a tragicomic quest to protect his son.

For her graduation from high school in 1920, Frankie Pratt receives a scrapbook and her father's old Corona typewriter. Despite Frankie's dreams of becoming a writer, she must forgo a college scholarship to help her widowed mother. But when a mysterious Captain James sweeps her off her feet, her mother finds a way to protect Frankie from the less-than-noble intentions of her unsuitable beau. Through a kaleidoscopic array of vintage postcards, letters, magazine ads, ticket stubs, catalog pages, fabric swatches, candy wrappers, fashion spreads, menus, and more, we meet and follow Frankie on her journey in search of success and love.

It has been ten years since Jeanie Long was charged with the murder of fifteen-year-old Abigail Mantel. Now residents of the East Yorkshire village of Elvet are disturbed to hear of new evidence proving Jeanie's innocence. Abigail's killer is still at large. For one young woman, Emma Bennett, the revelation brings back haunting memories of her vibrant best friend--and of that day when she had discovered her body lying cold in a ditch. As Inspector Vera Stanhope makes fresh inquiries, villagers are hauled back to a time they hoped to forget, tensions begin to mount. But are people afraid of the killer or of their own guilty pasts?

Considered to be French novelist Victor Hugo's masterpiece, Les Misérables is a sprawling historical and philosophical epic first published in 1862. It covers the years from 1815 through the Paris uprising in 1832. It is notable for its many subplots and digressions from the main storyline. The novel's stated aim is "a progress from evil to good, from injustice to justice, from falsehood to truth." This is seen most clearly in the story of the central character Jean Valjean. Jean is an ex-convict who struggles to shake the sins of his past and become a good man.

When she was a little girl, Michelle Robinson's world was the South Side of Chicago. There, she and her brother, Craig, shared a bedroom in their family's upstairs apartment and played catch in the park. There, her parents, Fraser and Marian Robinson, raised her to be outspoken and unafraid. But life soon took her much further afield, from the halls of Princeton, where she learned for the first time what if felt like to be the only black woman in a room, to the glassy office tower where she worked as a high-powered corporate lawyer--and where, one summer morning, a law student named Barack Obama appeared in her office and upended all her carefully made plans.

When Gravity Fails, the first Marid novel, is set in a high-tech near future. It features a divided United States and USSR. It is a world with mind- or mood-altering drugs for any purpose. Brains can be enhanced by electronic hardware, with plug-in memory additions and modules offering the wearer new personalities (James Bond, celebrities), and bodies shaped to perfection by surgery. Marid Audran, an unmodified and fairly honest street survivor, lives in a decadent Arab ghetto. Against his best instincts, becomes involved in a series of inexplicable murders.

The Chicago Race Riot of 1919 was the most intense of the riots comprising the nation’s Red Summer. It has shaped the last century but is not widely discussed. The riot lasted eight days and resulted in thirty=eight deaths and almost 500 injuries. In this book, award-winning poet Eve L. Ewing explores the story of this event through poems recounting the stories of everyday people trying to survive and thrive in the city. Ewing uses speculative and Afrofuturist lenses to recast history, and illuminates the thin line between the past and the present.

1883. Thaniel Steepleton returns home to his tiny London apartment to find a gold pocket watch on his pillow. Six months later, the mysterious timepiece saves his life, drawing him away from a blast that destroys Scotland Yard. At last, he goes in search of its maker, Keita Mori, a kind, lonely immigrant from Japan. Although Mori seems harmless, a chain of unexplainable events soon suggests he must be hiding something. When Grace Carrow, an Oxford physicist, unwittingly interferes, Thaniel is torn between opposing loyalties.

Illustrations and simple, rhyming text challenge the idea that boys and girls should each wear only certain colors or play with certain toys. It encourages them to be true to themselves.