Our Now Read This! newsletters offer suggestions for your next favorite read, from hidden gems to the latest hot pick. Available in six genres, these newsletters include:

Whether you prefer epic fantasies or hard sci-fi, your friendly BPL Reader Services Librarians have recommendations for every reader.

Answer the questions and follow the arrows in the flowchart below to get a reading recommendation from this month's Science Fiction & Fantasy newsletter. Sign up for our newsletters here. 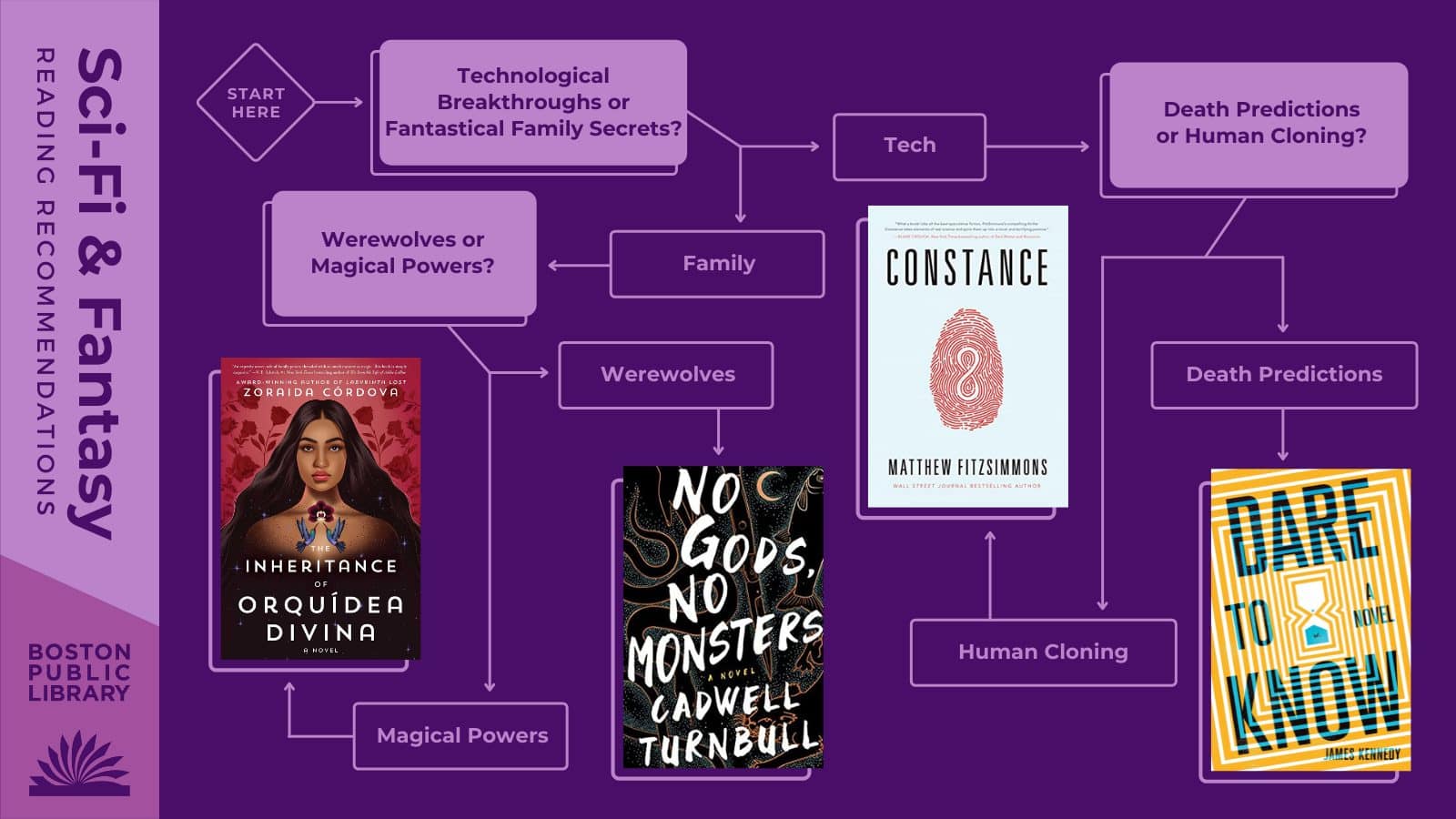 After surviving a near-death encounter, an employee at a renowned death prediction company breaks the rules and forecasts his own death day... only to learn that he apparently died 23 minutes ago, and the only person who can confirm the prediction is his ex-girlfriend.

After being gifted a clone of herself, Constance D'Arcy regularly uploads her consciousness to the clone. When a routine upload goes wrong, Constance wakes up months later and is told that her original self is dead. What happened?

No Gods, No Monsters

Laina learns that her brother has been killed by the police, but what appears to be a straightforward case of police brutality is much stranger. Monsters are real, and they're emerging from the dark... but what frightened them out of hiding?

The Inheritance of Orquídea Divina

Alternating between the life of Orquídea Divina and those of her descendants, this spellbinding work of magical realism reveals the story of a fractured family, the secrets they keep, and the mystical powers that bind them all together.