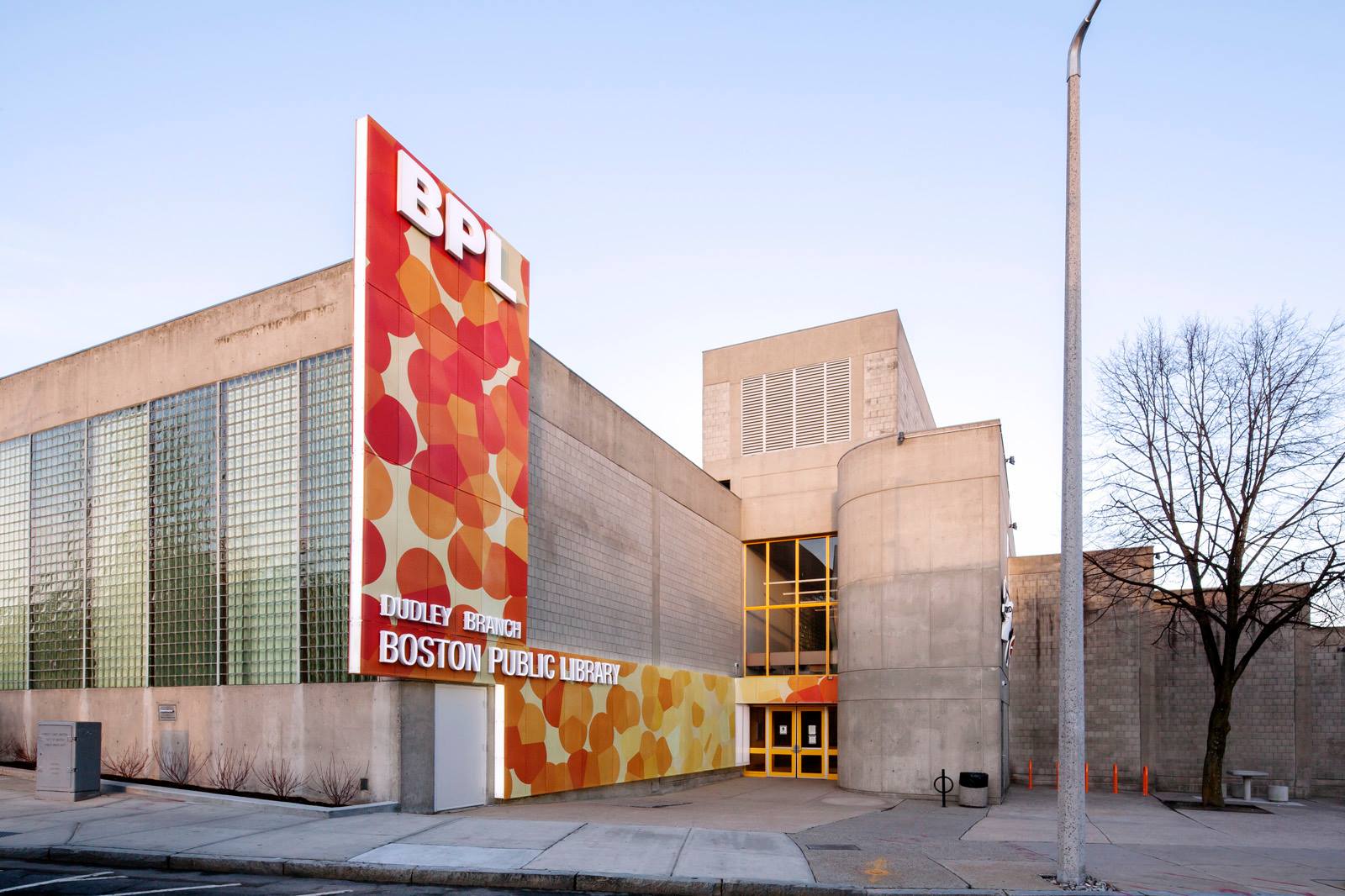 In recognition of the neighborhood’s significant contributions to Boston’s history, which date as far back as the Revolutionary War, along with its shifting demographics, the branch will now be known as the Roxbury Branch of the Boston Public Library.

Roxbury was one of the first towns founded in the Massachusetts Bay Colony in 1630, and became a city in 1846 before being annexed to Boston.  Roxbury is one of the few larger Boston neighborhoods without a branch named for it.

The formerly-named Dudley Branch of the Boston Public Library opened in its current location in April of 1978, replacing two smaller locations.  The Mount Pleasant Branch, which opened in 1915, was located on Vine Street, while the Roxbury Branch, housing the Fellowes Athenaeum, opened on Millmont Street in 1873, and served patrons for more than 100 years.  The two locations were merged into what became the largest branch in the Library’s system, serving the entire Roxbury community.

“I am pleased that the Trustees have responded to the desire to see the branch name change,” said Library President David Leonard.  “The community has said, loudly and clearly, that they do not feel the name Dudley is suitable for the square or the surrounding area. Today, we return to having a Roxbury Branch of the Boston Public Library as a testament to the deep, rich history of the area and its communities.”

“Renaming this branch after its vibrant, diverse neighborhood is the right thing to do,” said Evelyn Arana-Ortiz, Vice-Chair of the BPL Board of Trustees and Chair of the Fellowes Atheneum Trust Advisory Committee. “The Library’s mission is to enrich the lives of its patrons, and to do that, we need to reflect the communities we serve.  The Roxbury name stands for diversity and history, and I am glad that the branch’s name will be synonymous with this dynamic neighborhood.”

The Roxbury Branch of the Library is currently undergoing the final phase of a $17.2 million transformation to better serve the changing needs of the community.  In collaboration with the City of Boston’s Public Facilities Department and under the leadership of Mayor Martin. J. Walsh, the reimagining of the library includes a new welcome area overlooking a redesigned plaza, improved visibility and openness, dedicated space for children, teens, and adults, a nutrition lab and learning lab, and refreshed collections -- including a dedicated African American collection -- and is expected to incorporate multiple pieces of public art.