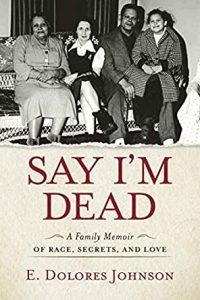 On Tuesday, August 25 at 6:00 p.m., the Boston Public Library (BPL) and American Ancestors/NEHGS co-host a virtual conversation with author E. Dolores Johnson in partnership with the WGBH Forum Network, the Museum of African American History, and the State Library of Massachusetts. Johnson will discuss her new book, “Say I’m Dead, A Family Memoir of Race, Secrets, and Love.” Born in 1948 to a black father and white mother in hiding from the authorities and family, Johnson had to wait 19 years before the Loving v. Virginia ruling struck down laws banning interracial marriage. She unwinds her family’s history and genealogy — revealing the secrets, separation, and transformation they experienced living as mixed race in America. Johnson places her family’s story and her own in the context of the larger American racial story through the present day. This program is part of “American Stories, Inspiration Today,” a collaborative series from the BPL and American Ancestors/NEGHS. The BPL’s community partner Trident Booksellers & Cafe is selling copies of the book signed by the author through its online store. More information and registration required at bpl.bibliocommons.com/events/5f21c698de74192400999426. 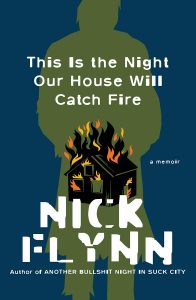 On Thursday, August 27 at 6:00 p.m., the Boston Public Library (BPL) — in collaboration with the City of Boston Arts & Culture Department — presents award-wining author Nick Flynn and photographer Ryan McGinley in a virtual discussion of Flynn’s book, “This Is the Night Our House Will Catch Fire: A Memoir.” The event also features musical performances by widely acclaimed songwriter, guitarist, and vocalist Thalia Zedek (Come, Uzi, E). Flynn excavates the terrain of his traumatic and “feral” upbringing as well as his mother’s suicide. He shares the story of escaping the fire she set in their home when he was just 7 years old and the ways in which, as an adult, he has carried that fire with him until it threatens to tear his own family apart. Flynn’s is a journey of a man struggling to hold himself together as he probes his deepest ethical dilemmas in order to save his marriage and provide a stable home for his daughter. The BPL’s community partner Trident Booksellers & Cafe is selling copies of the book signed by the author through its online store. More information and registration required at bpl.bibliocommons.com/events/5f21bfec4d7a467101d5a2e3.

Find these author talks and hundreds more online events from the BPL at bpl.org/events.