All locations will be closed and personalized remote services will be unavailable on Monday January 18, in observance of Martin Luther King Jr. Day. 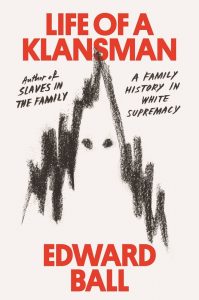 On Friday, August 7 at 7:00 p.m., the Boston Public Library (BPL), in collaboration with the Harvard Book Store, welcomes National Book Award-winning author Edward Ball for a virtual discussion of his latest work, "Life of a Klansman: A Family History in White Supremacy." Ball will be joined in conversation by Kenneth W. Mack, the inaugural Lawrence D. Biele Professor of Law and Affiliate Professor of History at Harvard University and author of "Representing the Race: The Creation of the Civil Rights Lawyer." BPL President David Leonard will introduce the program. In an era when racist ideology and violence are again loose in the public square, "Life of a Klansman" offers a personal origin story of white supremacy. Ball’s family memoir traces the vines that have grown from militant roots in the Old South into the bitter fruit of the present, when whiteness is again a cause that can veer into hate and domestic terror. More information and registration required at bpl.bibliocommons.com/events/5f11dac0de03a22f00c99b26. 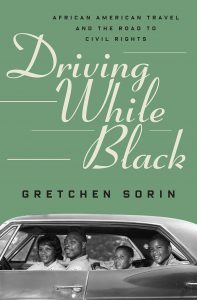 On Tuesday, August 11 at 6:00 p.m., the Boston Public Library (BPL) — in partnership with Boston’s Museum of African American History (MAAH) and American Ancestors/NEHGS — presents an online conversation with author Gretchen Sorin and Kinshasha Holman Conwill, deputy director of the the Smithsonian's National Museum of African American History and Culture. They will discuss Sorin's new book and upcoming PBS documentary by Ric Burns, "Driving While Black: African American Travel and the Road to Civil Rights," which opens up an entirely new view onto one of the most important issues of our time. Topics include how the car allowed black families to evade many dangers presented by an entrenched racist society and the parallel, unseen world of black motorists kept safe by black-only businesses, informal networks, and travel guides like the 1936 Green Book. Presented through the WGBH Forum Network, this program is part of “American Stories, Inspiration Today," a collaborative series from the BPL and American Ancestors/NEGHS. More information and registration required at bpl.bibliocommons.com/events/5f0489a75084523a00444fd0. 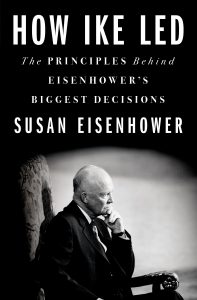 On Thursday, August 20 at 6:00 p.m., Boston Public Library (BPL) President David Leonard and Margaret Talcott of American Ancestors/NEHGS welcome Susan Eisenhower for a virtual discussion of her new book about President Dwight D. Eisenhower and his leadership. From D-Day to Little Rock, the Korean War to the Cold War, the Red Scare to the Missile Gap, and beyond, few people have made decisions as momentous and varied as President Eisenhower. In "How Ike Led: The Principles Behind Eisenhower's Biggest Decisions,” his granddaughter sheds light on the legendary leader’s thinking and choices, demonstrates how he led America through a transformational time, and shows what we can learn from him today. This event is part of “American Stories, Inspiration Today," a collaborative series from the BPL and American Ancestors/NEGHS. It is also part of the BPL’s “The Arc of History: Contested Perspectives” series. More information and registration required at bpl.bibliocommons.com/events/5f04980a5084523a004451a6.