Monday, September 2, 2019 is Labor Day in the United States of America. It is a federal holiday celebrated annually on the first Monday in September. It was created to celebrate the American labor movement and the contributions that workers have made to the country. Work is suspended on Labor Day and the long weekend is referred to as Labor Day weekend.

The trade and union labor movements were at a peak in the late 19th century. Around this time, trade unionists proposed that a day be set aside to celebrate labor. Labor Day was promoted by the Central Labor Union and the Knights of Labor, which organized the first parade in New York City. In 1887, Oregon was the first state of the United States to make it an official public holiday. By the time it became a federal holiday in 1894, thirty states in the United States officially

celebrated Labor Day. In 1909 the American Federation of Labor convention designated the Sunday preceding Labor Day as "Labor Sunday", to be dedicated to the spiritual and educational aspects of the labor movement. However, it did not gain as much popularity as Labor Day. 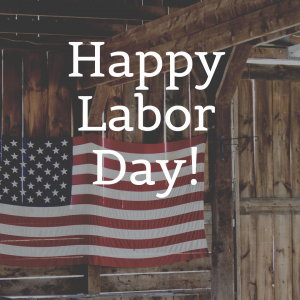 Some argue that Peter. J. McGuire, Vice President of the American Federation of Labor, should be credited as the founder of Labor Day in the United States. McGuire alleged that on May 8, 1882, he made the proposition that a day be set aside for laborers. This proposition included a suggestion that the holiday be celebrated on the first Monday in September, and ways in which the holiday could be celebrated.

Labor Day is typically celebrated with barbecues, picnics and beach visits. Families and friends choose to gather and participate in different activities. Many cities also host different events. Many business capitalize on the holiday and offer Labor Day sales. Labor Day is also widely seen as the unofficial end of the summer season.

Learn more with the books below: