The names of enslaved people in the United States were rarely recorded. This can make researching your African American ancestors hard. It is not impossible, because there are many resources available to help you in your search at the BPL and beyond. 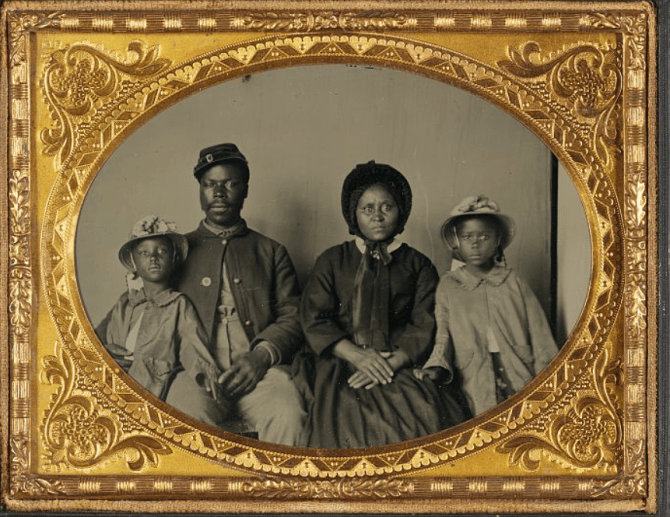 Books at the BPL

This list includes books containing guidance for researching African American ancestors from specific locations, as well as books about the history of areas populated by African Americans.
View Full List

The Bureau of Refugees, Freedmen, and Abandoned Lands, more commonly known as "The Freedmen's Bureau," was in operation from 1865 to 1872. Its purpose was to provide assistance to recently freed slaves and their families. The U.S. Freedmen’s Bureau records can help to provide a link between the pre- and post-Civil War records of African American ancestors.

Census records are often a useful resource in researching ancestors. While information for slaves was not fully recorded, information for free black Americans was included in the Census prior to the end of the Civil War. The 1870 Census was the first U.S. Census to include the names of all African Americans recorded by the census takers. It serves as an important link between pre- and post-Civil War records.