In past years, we have published blog posts about religious and cultural holidays. In that process, we tried to cover every significant holiday we could think of. In our process, we neglected to consider Juneteenth, which has been a significant cultural holiday for over a century. For that, we apologize. This post strives to correct that error. 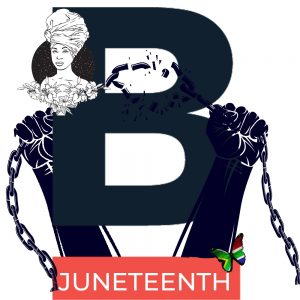 But what exactly is Juneteenth?

When Abraham Lincoln issued the Emancipation Proclamation in 1863, it abolished slavery in the “rebellious states [also known as The Confederacy].” Since the proclamation was issued during the Civil War, it had little impact at the time.

After the war was over, the Union still had to enforce the proclamation to stop the practice of slavery in the former confederate states. On June 19, 1865, about 250,000 humans were still held in slavery in Texas. On that day, Union soldiers arrived in Galveston, Texas to announce all slaves were free. This was not actually new information. The news had reached the south before the arrival of soldiers, because Lincoln sent the information via telegraph. But, it wasn’t until soldiers came to publicly enforce/announce the proclamation, that the slaves were considered free. However, the reality wasn't quite so simple. Even after the soldiers came to enforce the law, many slaves still had to seize their own freedom and face resistance from the local community.

At this point, slavery was not officially over across the United States. Until the 13th amendment was ratified and adopted in December 1865, slavery was still legal in Union states. And, there were slaves that existed even in California, Delaware and New Jersey, to name a few examples.

The following year, on June 19, 1866, was the first celebration of Juneteenth. After that, it was celebrated in some African American communities every year. Celebrations often included activities like fishing and horseback riding. As African Americans became land owners, they bought and donated land for Juneteenth. In 1872, a group of former slaves raised $1000, and bought 10 acres of land in Houston, Texas. They named it Emancipation Park, and it is used for Juneteenth festivities every year.

In the early 1900s, Juneteenth celebrations began to decline. One reason, is schools taught that the Emancipation Proclamation was the end of slavery. There was no mention of Juneteenth, and so youth lost interest in the holiday. During the Great Depression, many people were forced to work in cities. Urban employers did not want to give workers the day off, which also contributed to the decline. During the Civil Rights movement in the 1950’s and 60’s, Juneteenth became more popular among youth and adults fighting for racial equality.

Juneteenth is celebrated in a variety of ways. Parades, festivals and barbecues are all common to celebrate the day. Red drinks and red foods are often at these events. The color red symbolizes the resilience of African Americans and their blood that was shed. Others celebrate by shopping at black-owned businesses, or reflecting on history. 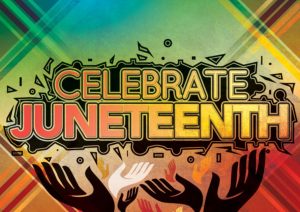 Juneteenth represents the complicated nature of race relations in the United States. It represents freedom, but freedom that was delayed, and often unenforced.

Learn more about the holiday with these materials: