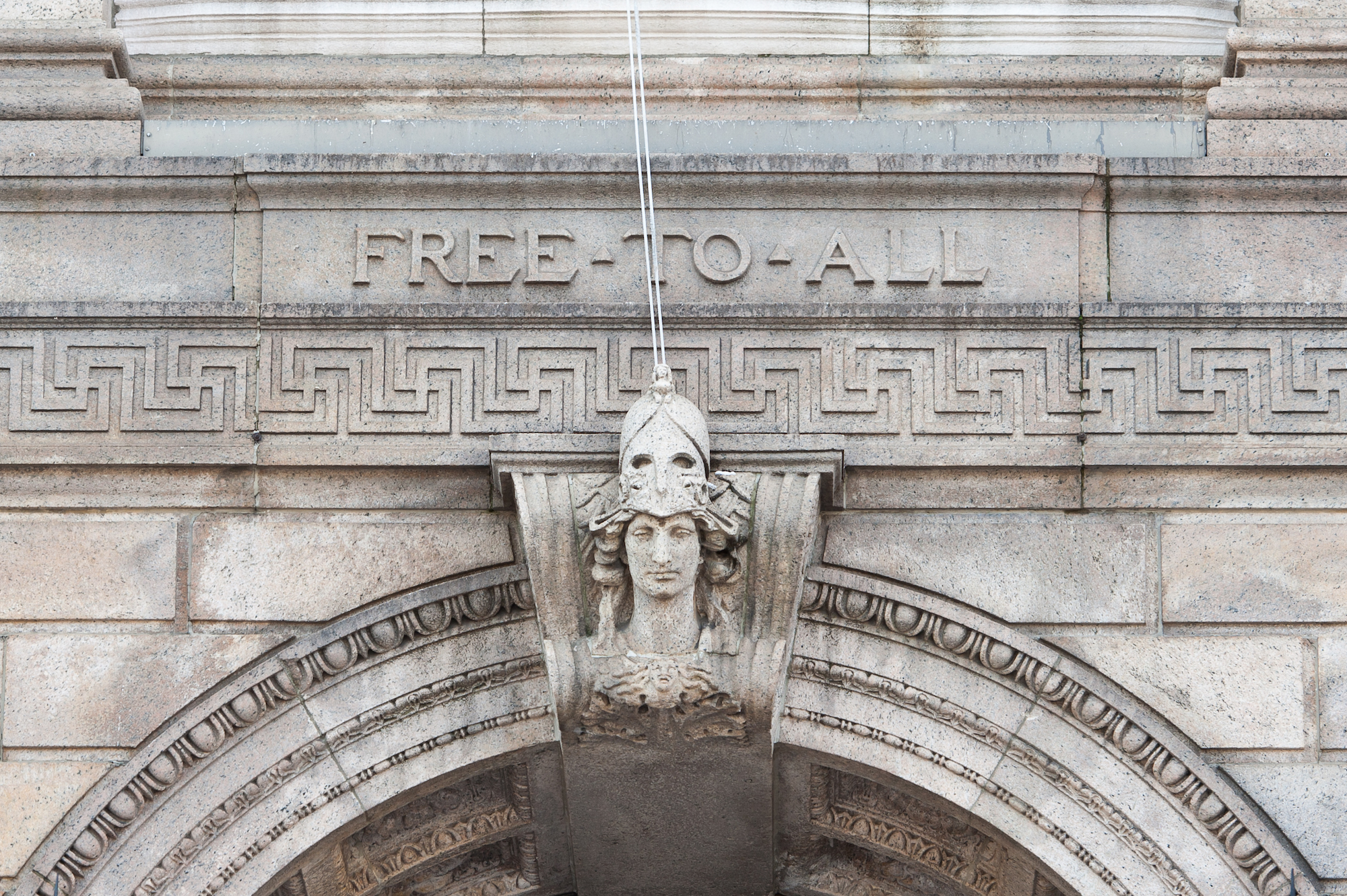 November 10, 2020 —The Board of Trustees of the Boston Public Library (BPL) has unanimously ratified the Library’s Statement and Action Plan on Racial Equity. This document, drafted to align with Mayor Martin J. Walsh’s declaration of racism as a public health crisis, was created with the input of Library staff, the Board of Trustees, and Dr. Karilyn Crockett, Mayor Walsh’s Chief of Equity. It establishes the BPL’s commitment to becoming an anti-racist organization and outlines clear next steps in this work.

“At the entrances to the BPL’s Central Library and branches are etched the words “Free to All,” said David Leonard, BPL’s president. “This institution is founded on principles of inclusion and ensuring equal access to information, education, and opportunity. Every single day, we must put these words into practice, working to ensure that access is indeed, free to all. This moment calls us to formally stand against racism; as well as sexism, homophobia, transphobia, and all other forms of systemic oppression.”

The Library is currently reviewing its acquisition policy to ensure the BPL’s collections are developed with an intentional focus on raising the voices of people of color through representation, inclusivity, and diversity. In support of this effort, the Boston Public Library Fund (BPLF) — the primary philanthropic arm of the BPL — recently received an anonymous $75,000 grant to support expanded access to the BPL’s Antiracist reading list. This funding allows the BPL to add additional digital copies of books on the Antiracist reading list, which will significantly reduce the patron wait times and increase accessibility to these items.

As BPLF’s Executive Director, Paula Sakey, explains, “The BPL and BPLF are committed to racial equity, diversity, and inclusion and the funding we receive will provide us with another important opportunity to share the power of the Library to commit to structural change and to taking action to end systemic racism and injustice.”

Since May, following the murder of George Floyd and the ensuing national and local conversations, the Library has seen a more than 500 percent increase in checkouts and holds on the most popular Black Lives Matter and anti-racism titles. Wait times on many of these titles had risen to more than 12 weeks, while hold queues for two of the most popular titles - White Fragility: Why It’s So Hard for White People to Talk About Racism by Robin DiAngelo and How to be an Antiracist by Ibram X. Kendi reached more than 1,200 patrons at one point. To that end, the BPL has already spent $75,000 on purchasing more than 2,000 new works and additional copies and licenses of in demand titles for all ages.

In September, the Library also began working with YW Boston, consultants in leading organizations through change as they focus on diversity, equity, and inclusion. This engagement will assist staff and Library administration to incorporate an equity perspective into all of the BPL’s services, programs, offerings, and policies.

The Library has also committed to analyzing its recruitment strategies to develop better practices and programs as part of this work. Currently, the BPL is further exploring professional development opportunities that prepare staff for potential career advancement.

About the Boston Public Library Fund

The mission of the Boston Public Library Fund is to provide financial support to the Boston Public Library, ensuring that it remains viable, engaging, accessible, and free to all. The Fund fulfills this mission by working in partnership with the Library, donors, and other funders in supporting BPL programs and special initiatives. Support from the Fund supplements, but does not supplant, other BPL resources, including City of Boston funding. To learn more, visit bplfund.org.