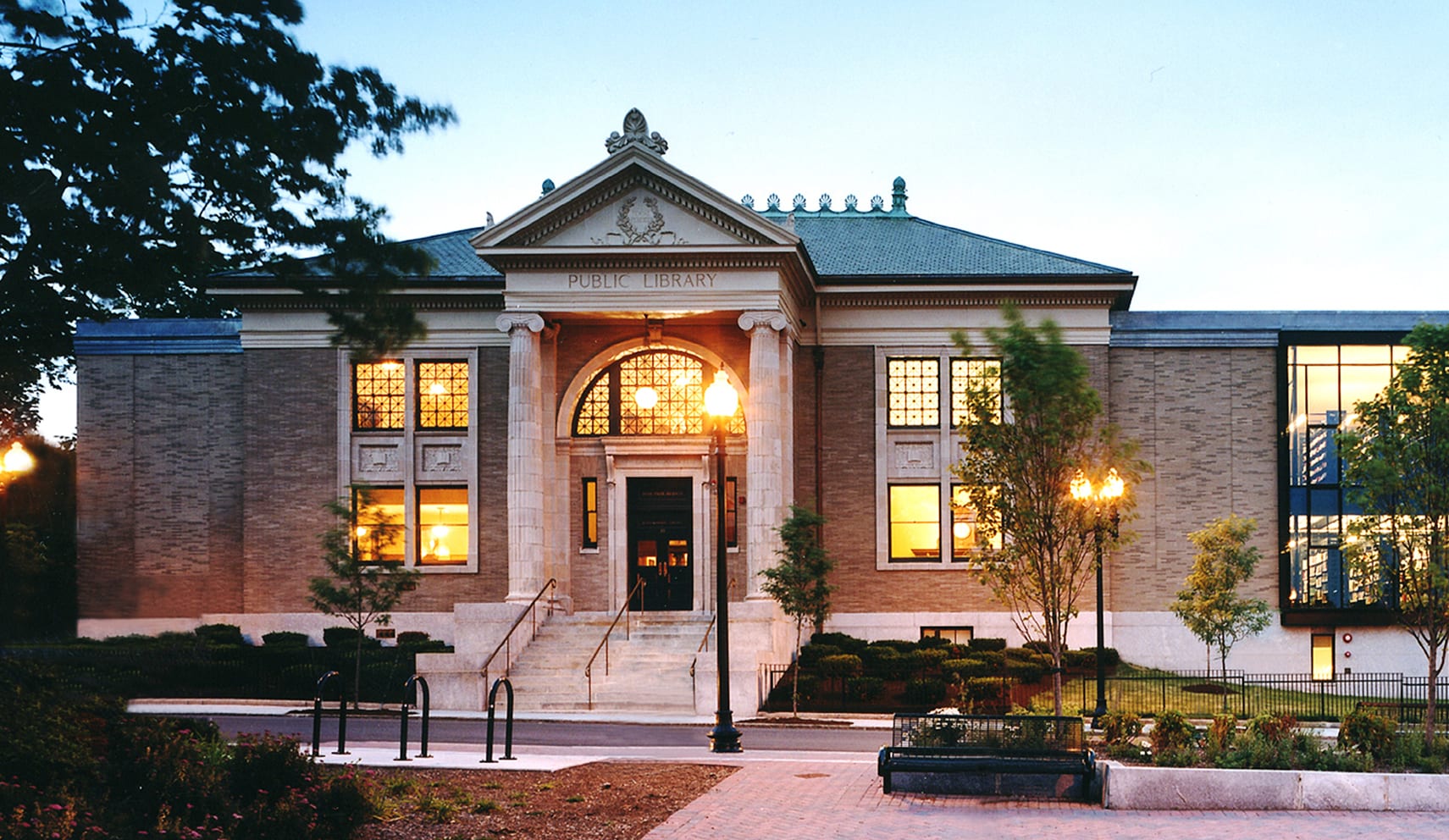 BOSTON – July 22, 2021 – Mayor Kim Janey and the Boston Public Library (BPL) today announced that major repairs to the Hyde Park Branch are now complete. Starting on July 26th, the building will reopen for in-person services. The branch has undergone a $614,000 repair project that began in August 2020.

Repairs to the space included waterproofing the foundation walls, which was managed by the City of Boston’s Public Facilities Department, as well as resetting the door threshold to offer an accessible entryway, installing an assistive listening system in Menino Hall, replacing and refinishing flooring in select rooms; and lighting and ceiling tiles in select areas, repainting the fireplace room, structural improvements and more.

“We are excited to finally welcome residents back to the Hyde Park branch following these major repairs,” said David Leonard, President of the Boston Public Library. “The repairs and refresh of key spaces will ensure that the building remains safe and accessible to all patrons. We look forward to returning valuable services, resources, and community spaces to Hyde Park and its surrounding neighborhoods.”

The town of Hyde Park’s first library opened in the Cobb's block of Everett Square in 1873. In 1884, it moved to larger quarters in the Masonic Block at the corner of Harvard Avenue and River Street. The library opened in its current location in September 1899 and became a branch of the Boston Public Library when the town joined the City of Boston in 1912.  An addition doubling the size of the branch opened in January 2000; and in May 2006, the Hyde Park Branch was awarded a 2006 Best Accessible Design Award from the Boston Society of Architects and the Massachusetts Architectural Access Board.

For the safety of staff and patrons, the building will reopen with the same level of in-person services currently offered at other BPL branches. Visitors must wear a mask over their nose and mouth, regardless of vaccination status, and are not permitted to eat or drink in indoor library spaces. Hours for the branch will be Monday – Wednesday: 10AM – 6PM; Thursday: 12PM – 8PM; Friday: 9AM – 5PM.

The FY22 Capital budget includes major renovations to the Roslindale and Faneuil Branches, design for a major renovation at the Fields Corner Branch, continued repair, renovation and master planning projects at the Central Library in Copley Square, planning activities for the Upham’s Corner and Chinatown Branches, and programming studies at the Codman Square, West End, Egleston Square branches as well as new projects awaiting start dates. These projects include community engagement to gain input, feedback, and insight from patrons and local organizations. More information on these additional projects can be found at www.bpl.org/capitalprojects and apps.boston.gov/capital-projects/.