“Libraries reflect the identity, culture, and history of our city,” said Mayor Martin J. Walsh. “The McKim Building is a perfect example of this and each BPL branch is a great source of pride for my administration. That’s why, citywide, we’re making the largest investment in libraries in decades. From immigration support to the Central Library’s InnoLAB for video, music, and podcast production to free Wi-Fi, the BPL offers crucial services that Bostonians rely on.”

“We are dedicated to preserving and upholding all that the McKim Building has represented throughout its 125-year history — the grandeur of its architecture and art alongside the promise of the free resources and opportunities it provides to all,” said BPL President David Leonard. “This ‘palace for the people,’ combined with the recently renovated Johnson Building, comprise the heart and soul of the Central Library and make manifest that the wonder of education can be driven by the wonder of its surroundings.” 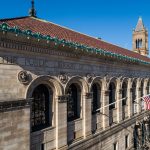 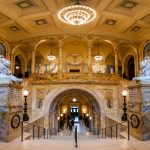 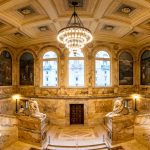 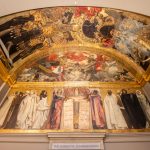 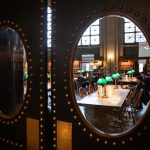 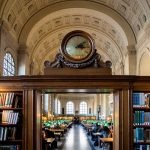 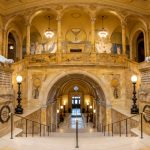 About The Boston Public Library

The Boston Public Library provides educational, cultural, and civic enrichment free to all through its collections, services, programs, and spaces. Established in 1848, the Boston Public Library is a pioneer of public library service in America. It was the first large free municipal library in the United States, the first public library to lend books, the first to have a branch library, and the first to have a children’s room.

The Boston Public Library of today encompasses the Central Library in Copley Square, which includes the newly-renovated and vibrant Johnson Building, 25 branches, the Norman B. Leventhal Map and Education Center, the Kirstein Business and Innovation Center, and an archival center. The Library provides access to world-class special collections of rare books, manuscripts, photographs, and prints, along with rich digital content and online services. BPL hosts thousands of free educational programs and exhibitions, and provides free library services online and in-person to millions of people each year.