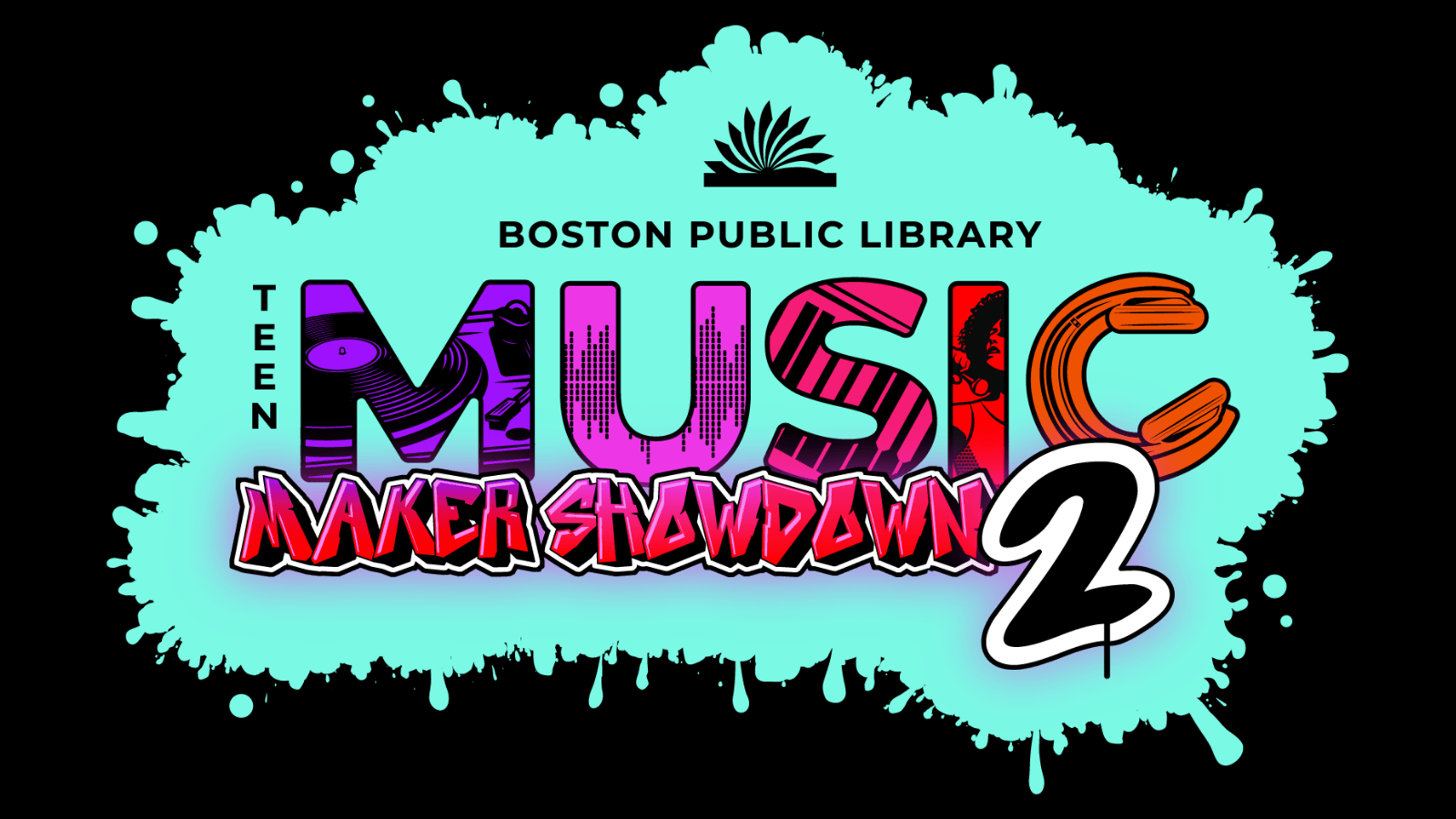 BOSTON – April 19, 2022 – The Boston Public Library today announced the second annual Teen Music Maker Showdown, opens a new window, a musical event series and statewide competition for teens. From May 3 - June 10, Massachusetts residents ages 13-18 are encouraged to submit self-produced music tracks to be evaluated by a panel of judges from Clubhouse Network, The Hip Hop Transformation, the BPL, and more. Three eligible winners and other participants will receive over $7,500 in prizes including free studio time, songwriting commissions for the BPL, and Visa gift cards.
This year’s event includes expanded workshops to receive feedback and guidance from a professional music producer. The BPL will also provide free access to state-of-the-art music making equipment at branches around the BPL system where teens will be able to use software like Ableton, GarageBand, and Logic Pro to create and refine their submissions.
"We were awestruck by the talent and professionalism of last year's contestants, especially when we learned that many of them had been working with minimal equipment and guidance,” said Lower Mills Branch Librarian, Opetoritse Adefolalu. “A central part of the BPL's mission is to provide workspaces and instruction to support creators of all kinds. So, as we head into our second year of the contest, we feel the natural next step for the Teen Music Maker Showdown is to increase our support for these aspiring musicians. We can't wait to see what creative heights these young artists reach with this year's added resources as a stepping stone."
The BPL will host the following events, opens a new window around the Teen Music Maker Showdown:
“The Teen Music Maker Showdown started as a small competition presented by the BPL to highlight musically-inclined students statewide,” said Recording Artist and Music Consultant for the Teen Music Maker Showdown, Red Shaydez, opens a new window. “We had no idea what the end results would be. Here we are a year later, BIGGER AND BETTER! Our prizes have increased substantially—and even include free studio time. I couldn’t be happier and am so grateful to be involved for a second run. We’re on to something great for years to come.”
Teens interested in participating can submit one original music submission at bpl.org/musicmaker, opens a new window starting at 4pm on May 3rd through midnight on June 10th. Contestants must be between the ages of 13-18 and reside in Massachusetts. Three winners will be awarded Visa gift cards of up to $1,000, and $250 worth of studio time and 8 hours of rehearsal time with a professional audio engineer. The top ten eligible contest winners will be awarded a $100 commission opportunity to create music for the BPL's Twitch and Teen YouTube channels. Visit bpl.org/musicmaker, opens a new window for full submission guidelines and contest rules.
Previous
Next