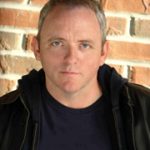 Dennis Lehane grew up in Boston. Since his first novel, A Drink Before the War, won the Shamus Award, he has published eight more novels with William Morrow & Co. that have been translated into more than 30 languages and become international bestsellers: Darkness, Take My Hand; Sacred; Gone, Baby, Gone; Prayers for Rain; Mystic River; Shutter Island; The Given Day; Moonlight Mile; and Live by Night. Morrow also published Coronado, a collection of five stories and the play, Coronado, which has received stage productions in New York City; Chicago; San Francisco; and Genoa, Italy. Three of Mr. Lehane's novels – Mystic River; Gone, Baby, Gone; and Shutter Island – have been adapted into award-winning films. Mr. Lehane and his wife, Angie, divide their time between the West Coast of Florida and Boston. 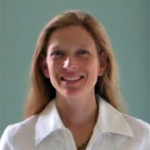 Laura DeBonis is a member of the founding Board of Directors for the Digital Public Library of America and serves as the organization's Secretary. In the past, she chaired the Technology Advisory Board of the Internet Safety Technical Task Force at Harvard's Berkman Center. She served in a variety of management roles at Google, most recently as the Director of Library Partnerships for Google Book Search. Her previous professional work includes web strategy consulting and production for documentary films and multimedia. She is a graduate of Harvard College and has a MBA from Harvard Business School. 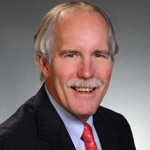 Robert Gallery served as Bank of America Massachusetts President from 2004 through 2015, providing business, civic, and philanthropic leadership for the company throughout the Commonwealth. Gallery joined predecessor institution Bank Boston in 1991 and held a number of positions including managing director of U.S. Trust/Private Wealth Management for Greater Boston, various leadership roles in the Corporate-Investment Bank for FleetBoston, and head of Bank Boston's European business while based in London.

Earlier, Gallery held a number of positions at First Chicago in corporate banking and strategic planning from 1975 to 1991. He joined the organization's Boston office in 1981 and served as regional manager from 1986 to 1989.

Gallery has served on several nonprofit boards, including the United Way of Massachusetts Bay & Merrimack Valley, Cradles to Crayons, the Boys & Girls Clubs of Boston, and the Overseers of the Boston Symphony Orchestra. He is a trustee of the Boston Plan for Excellence, a public/private partnership focused on driving outcomes for all students by developing great teachers and great schools. Between 2012 and 2014, he was chairman of the Board of Overseers at WGBH and served as chairman of the Greater Boston Chamber of Commerce from 2010 to 2012.

Gallery is a graduate of Loyola University Chicago, BA, and Northwestern University, MBA.