In the summer of 1888, Henry G. Trickey made a visit to the Brighton abattoir. He was accompanied in his approach to the complex by a flock of sheep and their herders and dogs. His description of the sheep's entry into the grounds was later published in the July 2 Boston Globe: 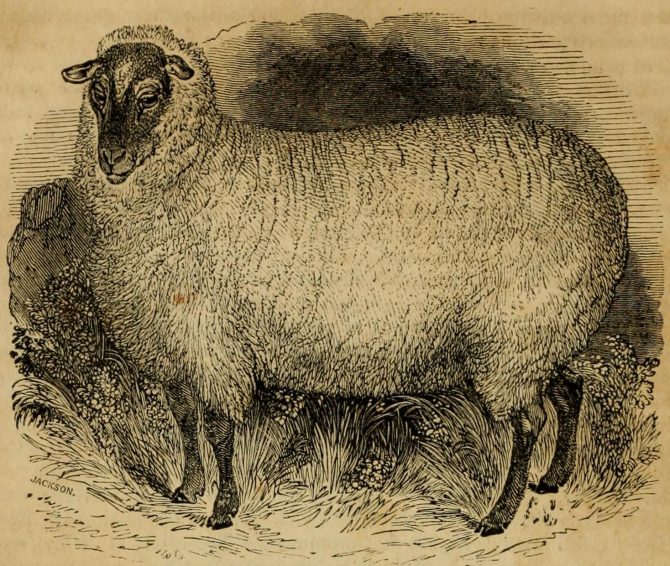 Down the drive leading into the abattoir grounds they passed, and just as the last of the flock was inside, the leader, who was now 500 feet from the establishment, stopped and snuffed the air.

Then, with a warning bleat, he turned in his tracks. It was not a second after that all of the sheep were running in the opposite direction as fast as their legs would carry them...

Then what excitement prevailed! The smell of blood, which had been the cause of the stampede, was now clearly perceptible, and with additional frenzy the woolly tribe wheeled around.

You have seen a flock of wild geese sweep through the air, following their leader like an arrow on his course? Imagine a drove of sheep equally loyal.

The sheep's escape attempt didn't last long. The herders and their dogs soon surrounded the terrified animals and drove them back towards the abattoir and its fearful reek of blood.

A Series of Escapes 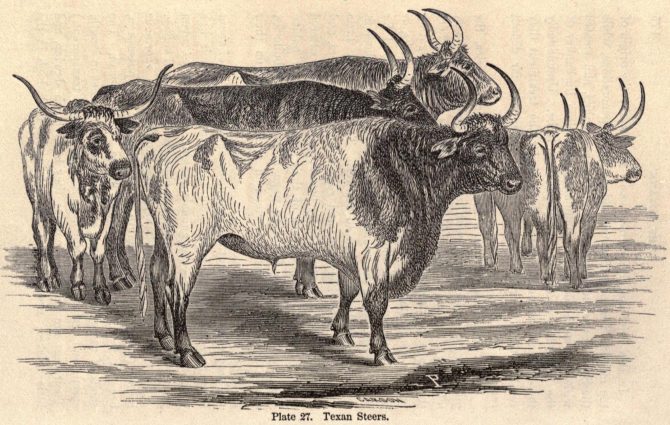 The ovine escape attempt was far from an isolated incident.

Over the course of the decades in which the facilities were operating, hundreds of animals escaped from the stockyards or from the pens at the abattoir (See Appendix A, below).

Most of them were steers like those pictured at right - bulls castrated in their youth to be made more manageable to raise and transport for beef.

After a youth on the western range, interrupted by the misery of boat and rail transport to Brighton (see Part I), it's not surprising that they sought to escape as soon as they had the chance.

Each escape set off a frantic pursuit, and while animals were sometimes recaptured (only for later slaughter), most were shot and killed as they sought freedom. The Globe made much of their tendency to trample people's gardens, as though these frightened animals fleeing for their lives were ruining gardens on purpose.

In the early days, when the animals were shot by men on horseback, the Globe referred to the pursuers as 'cowboys.' Later on, in 1915, a Park Police Superintendent made the news for the novelty of shooting escaped steers from an automobile.

Join us in the next post as we look at the slaughterhouses themselves, their environmental effects, and the final fate of the Brighton abattoir complex.

Until then, try the resources below to learn about the cognitive, emotional, and social characteristics and capacities of cows:

For a lighter, anecdotal read, try Rosamund Young's The Secret Life of Cows (also available as an Overdrive eBook)

For a review of the scientific literature, try Marino and Allen's 2017 "The Psychology of Cows," available to read for free through the open access, peer-reviewed journal Animal Behavior and Cognition.

This article points out that when "cow behavior is addressed, it is almost entirely done within the framework of and applied to their use as food commodities." It aims "to provide a more veridical and objective current summary of cow psychology on its own terms," and to make possible a careful comparison of the psychological abilities of cows and other animals (including humans).

Appendix A: A Partial List of Steer and Bull Escapes from the Brighton Abattoir and Stockyards

As Reported in the Pages of the Boston Globe