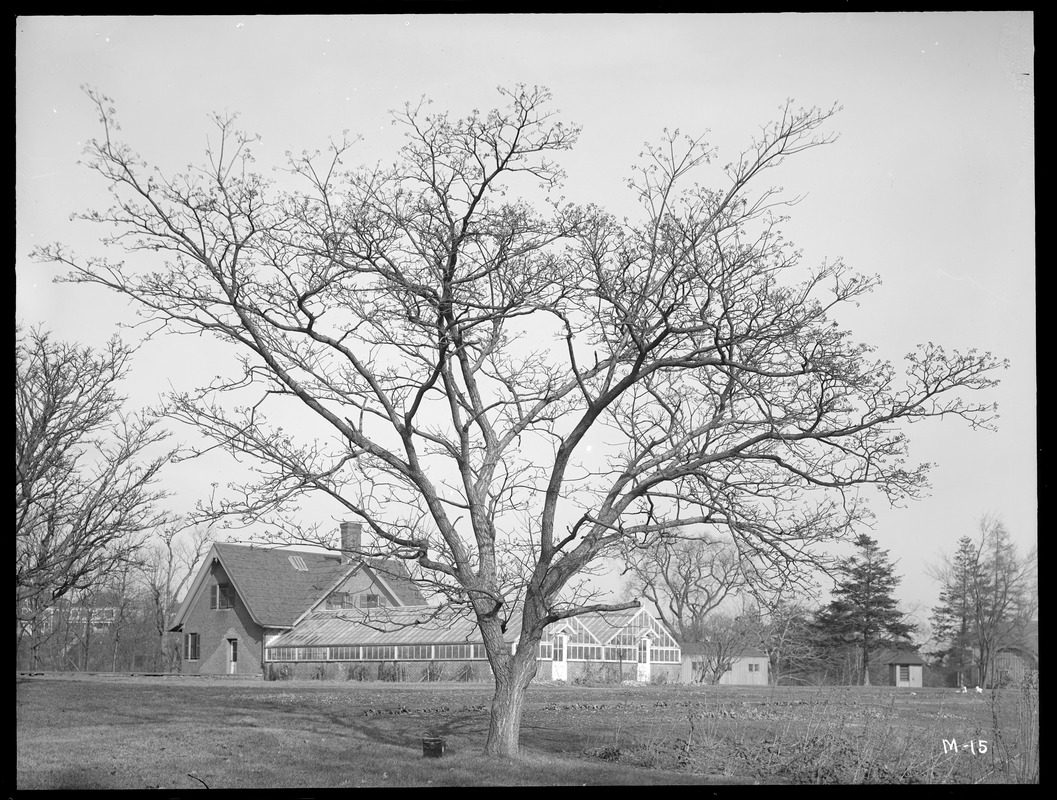 Description: Ernest Henry Wilson was one of the foremost plant explorers of the twentieth century. From 1899 to 1922, he conducted many expeditions to eastern Asia and collected plant specimens for Veitch Nurseries and the Arnold Arboretum. During the mid-1920s, Wilson began to photograph what he considered to be noteworthy trees in the Boston area, central Massachusetts, the Mohawk Trail, southern New Hampshire, Maine, and Rhode Island.