Sunday, June 16, 2019 is Father's Day in the United States. The annual holiday falls on the third Sunday of June. Father's Day is meant to honor fathers, fatherhood, and paternal bonds. The origins of Father's Day is unclear. Some believe it was created in response to Mother's Day. Other's believe that it stemmed from a memorial service held in 1908 for a group of men who died in a mining accident in Monongah, West Virginia in 1907. 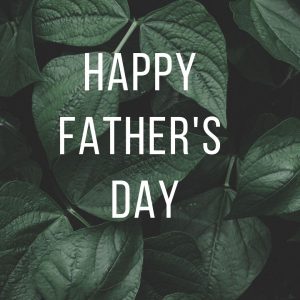 Father's Day did not have much initial success. In the 1920s, Dodd stopped promoting the celebration because she was studying in the Art Institute of Chicago, and it faded. In the 1930s, she returned to Spokane and started promoting the celebration again, raising awareness at a national level. A bill to in favor of recognizing Father's Day nationally was submitted in 1913. In 1916, President Woodrow Wilson wanted to make it official, but Congress resisted, fearing that the holiday would become commercialized. Later, President Calvin Coolidge recommended in 1924 that the day be observed by the nation, but stopped short of issuing a national proclamation. In 1966, President Lyndon B. Johnson issued the first presidential proclamation honoring fathers, designating the third Sunday in June as Father's Day. The holiday was then made a permanent national holiday when President Richard Nixon signed it into law in 1972.

People typically celebrate Father's Day by spending it with the fathers and father figures in their lives. It is also popular to give gifts and share in activities that the fathers/father figures enjoy.

Lear more with the books below.

Sikhs observe the Shaheedi (martyrdom) of the Skih Guru Arjan on June 16. Guru Arjan was the fifth leader of the Sikh religion. On June 16, 1606, Guru Arjan died after being tortured for five days by the Mughal government. The government was led by Emperor Jahangir (you may remember him from our post on Bandi Chhorh Divas).

During the Guruship of Guru Arjan, many people began to follow Sikhism. The Guru also laid the foundation for the Harmandir Sahib. The Harmindir Sahib is the most important pilgrimage site for Sikhs. It eventually became the Golden Temple, when it was rebuilt in the 19th century. The Guru also compiled the hymns and writings of past Gurus to create the Guru Granth Sahib, which is the holy text for Sikhs.

The increased followers of Sikhism, and other actions of the Guru, angered the Emperor, who wanted India to become a Muslim empire. This made the Emperor wary of the Guru. Not too long before, the Emperor Jahangir had prevented his son, Khusrau, from taking his place as Emperor, which the previous Emperor had wanted. After the Emperor cut Khusrau off, Khusrau started to plan a rebellion against him. Then, one day Khusrau went to visit the Guru. The Guru invited him inside, and offered him food and blessings, as he did for all who came to see him. When the Emperor found out, he was upset, and had the Guru arrested for aiding and abetting a fugitive. When the Guru came for the trial, he nominated his son to be his successor, Guru Hargobind. This suggests that he knew that he was unlikely to survive what was going to happen next.

At the trial, the Guru was asked to either pay a fine and admit wrongdoing, or to convert to Islam. The Guru refused to do both, and was sentenced to death by torture. According to historical texts, the Guru was subjected to extreme torture for five days. On the sixth day, the Guru, who was severely burned, was taken for a bath in the river, and he never emerged.

This holiday remembers the sacrifice Guru Arjan made for the Sikh people. The holiday is often celebrated with a cover-to-cover reading of the Sri Guru Granth Sahib. The celebration finishes with hymns and lectures on Sikhism. Sweets are typically offered outside of the gurdwaras for anyone who wants them. Sometimes there is also a procession outside with the Sri Guru Granth Sahib.

Learn more about Sikhism with these items: