There are several different kinds of directories that can be useful for family history research. They can contain information about where an ancestor lived, what they did for a living, who they lived with, and more.

Below is an overview of some directories that you can use for family history research.

City directories are listings of the residents and businesses of a particular city or town. They include the names, addresses, and occupations. They may also include dates of death, where someone worked, and information about when and where someone may have moved. 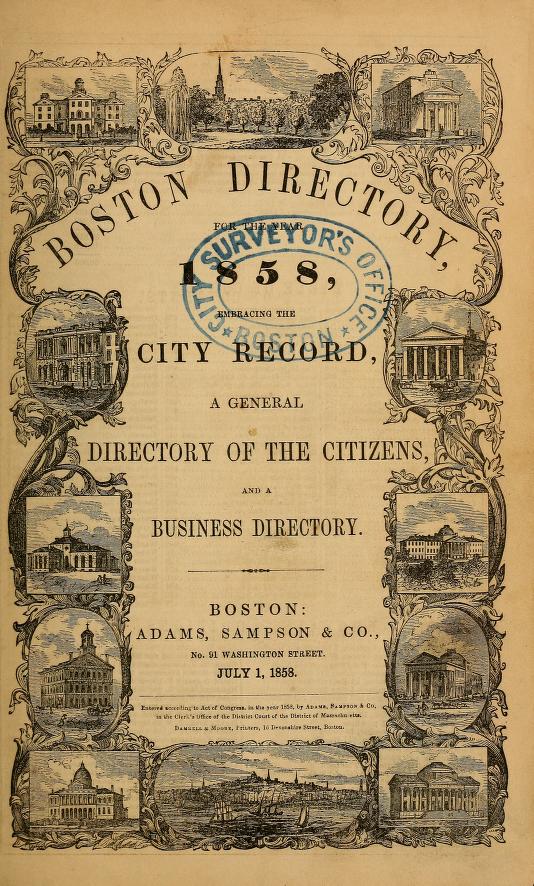 Various editions of the Boston City Directory are available online at these websites:

Society directories are listings of the wealthiest residents of a city/town. They generally only list the addresses of the people included. 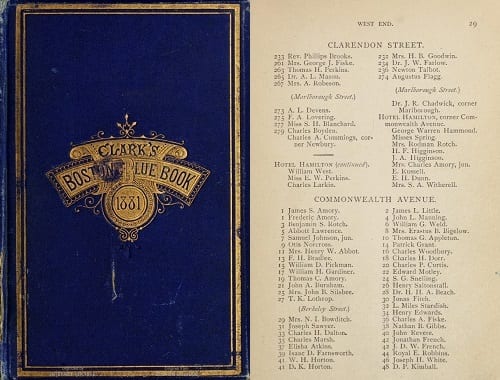 Clark’s Boston Blue Book includes residents from Boston who lived in “selected” districts, as well as those who lived in hotels. Early volumes are organized by address, later volumes in alphabetical order by name. Later volumes also expanded to include residents of selected districts in Brookline, Cambridge, Chestnut Hill, and Milton.

The BPL has the Boston Blue Books in hard copy from 1876-1937. They can be requested at the Research Services desk located on the second floor of the Central Library in Copley Square.

The Social Register began publication in 1887, when it covered prominent members of New York City’s social elite. Editions covering other cities, mainly in the Northeast, were also produced in the following years. In 1977 the different editions were combined and one volume that included the entire country was published.

Early editions list married women under their husband’s names. Their maiden names are in parentheses. The register would eventually include the names, addresses, educational information, and social club memberships of the people included.

The BPL holds the Boston edition of the Social Register in hard copy covering from 1890 to 1976 (with gaps) as well as the national edition from 1977 to the present. They can be requested at the Research Services desk located on the second floor of the Central Library in Copley Square. 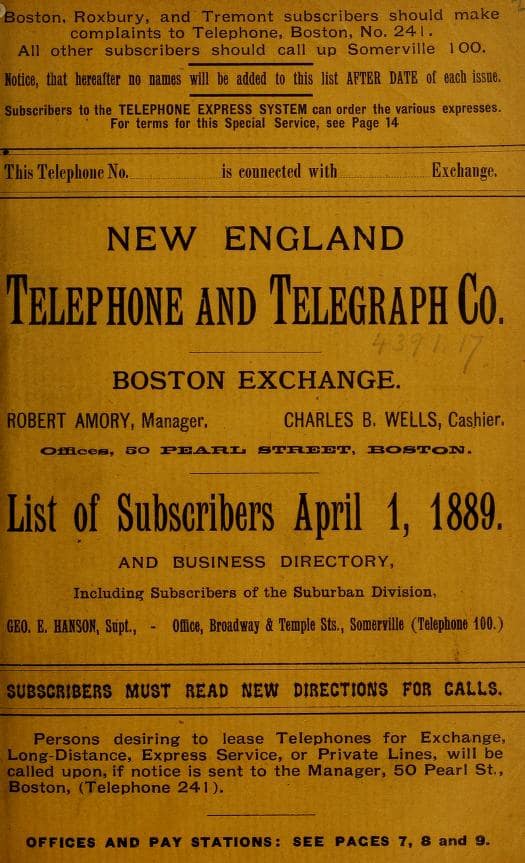 The Research Services department at the BPL holds a large collection of telephone books in microfiche and microfilm format, primarily covering the Boston area.

The BPL has a collection of Boston Lists of Residents covering from 1909-2014, many volumes have been digitized and are available online.

Other Lists of Residents

The BPL also has a limited collection of lists of residents covering other cities and towns in Massachusetts. Please contact Research Services via ask@bpl.org to ask about a specific place and year.