At the Central Library

Central Library in Copley Square (Norman B. Leventhal Map & Education Center)
Through May 10, 2020 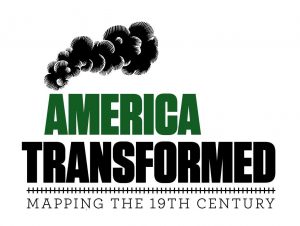 Three events—the enactment of the Homestead Act, the authorization of the first transcontinental railroad, and the end of the Civil War—set in motion a frenzy of changes in American life. The northern and southern economies were rebuilt, settlement and resource exploitation expanded in the West, and urbanization and industrialization intensified in the Northeast and Midwest. Completion of the first transcontinental railroad finally linked the nation from coast to coast. Settlers continued to build a capitalist economy, no longer fueled by the labor of enslaved people but with increased reliance upon immigrant labor. And by the end of the nineteenth century, battles, treaties, and the establishment of reservations had dramatically hemmed in the land and life of Native nations. This exhibition concludes with the establishment of the modern American city, using Chicago as a case study.

At the Branch Libraries

Unfinished Business - The Complicated History of Voting Rights in America 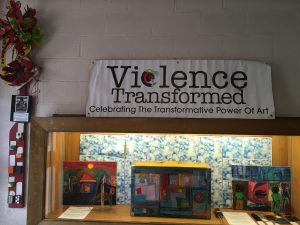 The year 2020 is a presidential election year and a year that marks the 100th anniversary of the 19th Amendment to the Constitution of the United States – the Amendment that granted American women the right to vote. While both the Amendment and the suffrage movement that led to its passage are worthy of celebration and commemoration, the reality of who it failed to benefit and the struggles for social justice, racial equity and voting rights that have continued throughout our nation’s history are also worthy of recognition and discussion -- as are the barriers and blockades to equal voice which persist today as Americans again prepare too vote.

The works of art on display at the Egleston Branch Library represent a range of issues of concern both to socially engaged artists and to citizens throughout the land. We invite you to think about how these issues affect you and, if you have the right to vote in 2020, how they may affect the action you take when you exercise that right. Many people in this country are still disenfranchised – i.e. the poor, the homeless, and always, the marginalized. So … do you have the right to vote? Will you vote here to share your concerns? If so, please drop your message in the Violence Transformed Voting Box and in November 2020, make your wishes known!

A full list of artists represented will be available at the branch.

Robin Radin - The Nearness of Us: Photographs from the Neighborhoods of Jamaica Plain 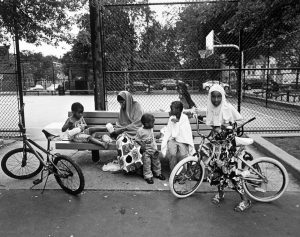 Radin has exhibited throughout the United States since the 1980s. In the work on view, she stays close to home for inspiration, capturing portraits of Jamaica Plain residents. According to Radin, “My work examines the intricacies of human relations: a visual acknowledgement that we are both together as community and family, and alone, as individuals.”