The First Day of Ridván is an important Baha'i holiday. Riḍván is a twelve-day festival that celebrates the beginnings of the Bahá'í Faith in 1863. It does this by commemorating Bahá'u'lláh's declaration that he was a Manifestation of God. Ridván means paradise, and is named for the Garden of Ridván outside Baghdad, where Bahá'u'lláh stayed for twelve days, and made this declaration. Bahá'u'lláh made three other especially important declarations on the first day in the garden: he condemned religious war, which was permitted under certain conditions in Islam and the Bábí faith; he said there would not be another Manifestation of God for another 1,000 years; and he said that all the names of God were fully manifested in all things. 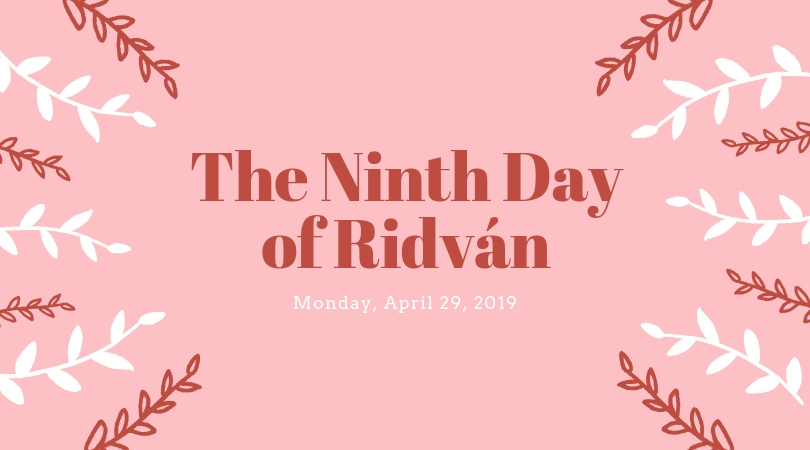 Ridván is observed according to the Bahá'í calendar, and the first day begins at sunset on the thirty-second day of the Bahá'í year, which falls on either April 20 or 21. This year it is April 21, 2019. Celebrations begin two hours before sunset as it symbolizes the time that Bahá'u'lláh entered the garden. Given that the First Day of Ridván is also one of the Bahá'í Holy Days, work and school is prohibited. Baha'i's traditionally observe this holiday by gathering together in prayer and celebration.

Studies in Bábí and Baháʹí History