Beltane is a Pagan holiday, and one of the eight Sabbats. It falls about halfway between the spring equinox (Ostara) and the coming summer solstice, Litha. The holiday celebrates spring at its peak, and the coming summer. Beltane also sometimes goes by the name May Day. This holiday is associated very strongly with fertility for pagans.

This festival is often commemorated with bonfires, maypoles, dancing, and performing fertility rituals. Beltane is a Celtic word, meaning “the fires of Bel.” Bel, likely referred to the Celtic sun god, Belenus. The Celts used to light two bonfires because they believed it would purify themselves, as well as increase their fertility. They would pass cattle between the two fires, with the belief that it would purify the cattle, and ensure the fertility of the herd. Although this is not a ritual that is practiced now, modern pagans still light bonfires and practice fertility rituals on this day.

Modern-day pagans celebrate Beltane in a variety of ways. One way to celebrate is with a maypole. In this custom, a pole is placed in a field with ribbons attached. Each person (usually women and girls) will grab a hold of their own ribbon, and dance around the pole in a special way, so as to weave the ribbons into a specific pattern. This is one of the more common fertility rituals that might take place on this day. Celebrators also might weave flowers into their hair, or create a floral wreath to wear upon their head as a celebration of spring. Some pagans light a bonfire and dance around (or even over) it, which is another common fertility ritual for the day. Lastly, some people prepare “May baskets,” and fill them with flowers and goodwill. They give the baskets to someone in need of care, such as an elderly friend, or someone who is recovering from an illness.

Learn more about the holiday with these items:

May Day Festivals in America, 1830 to the Present

From the evening of May 1 to the evening of May 2 Baha'i's will celebrate the last and Twelfth Day of Ridván. Ridván, which translates to paradise, is a twelve day Baha'i festival that commemorates the historic events during which Bahá’u’lláh, founder of the Baha'i faith, declared himself the messenger of God. The holiday is named for the Garden of Ridván in which he made the declaration. The first, ninth, and twelfth days are holy days of the festival. They mark Bahá'u'lláh's arrival, the arrival of his family, and their departure from the garden, respectively. 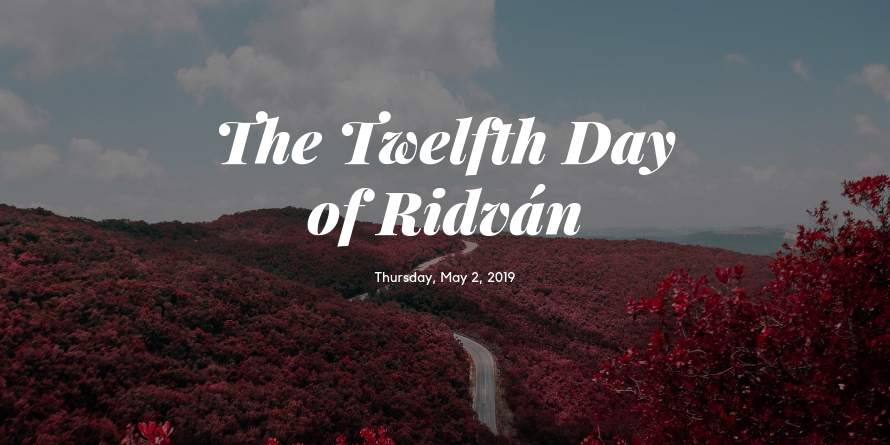 After his arrival in the garden, Bahá'u'lláh made his declaration for the first time to a small group of family and friends. For the next eleven days Bahá'u'lláh received many visitors. However, his family was not able to join him until April 30, the ninth day, because the Tigris river had risen and made travel to the garden difficult. On the twelfth day of their stay, Bahá'u'lláh and his family left the garden and started on their journey to Constantinople. He was banished by the government of the Ottoman Empire as a result of their fear of the Baha'i faith namely, how quickly it spread and how popular it was becoming.